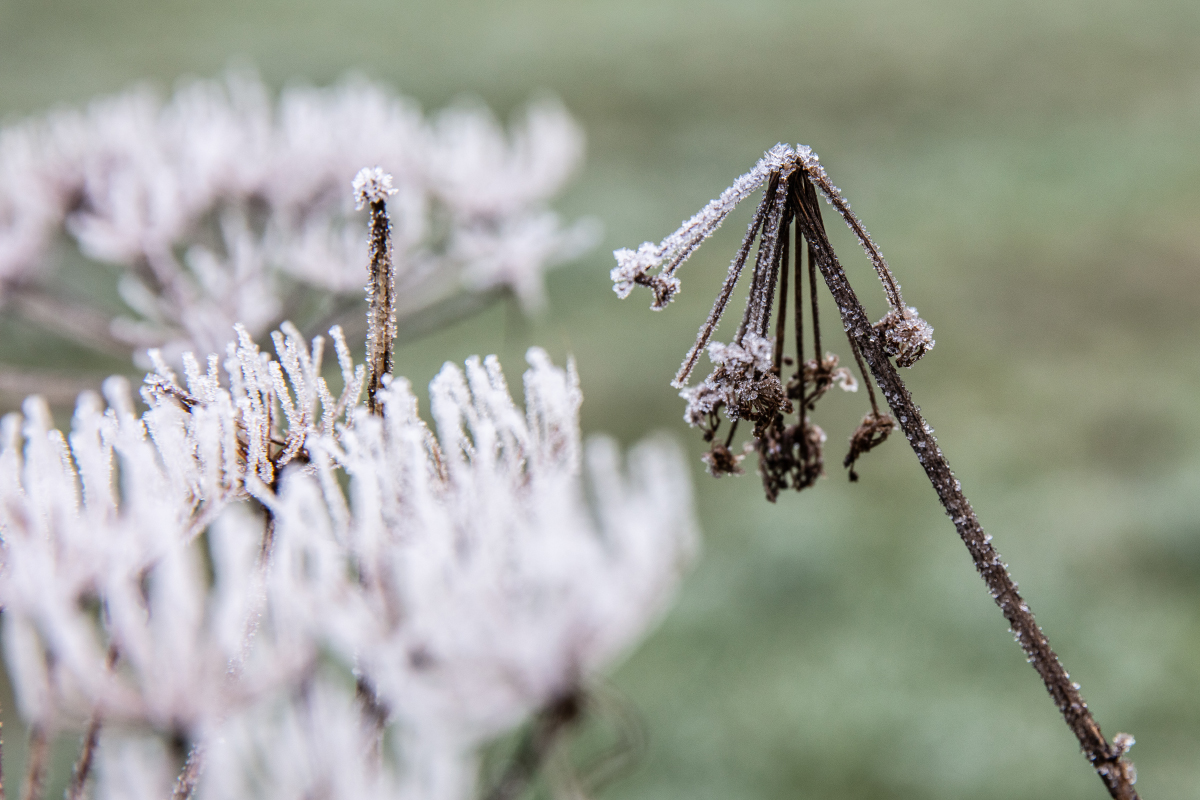 Wear the crown of frost.

In the time that climate change is upon us, the question rises whether the earth is simply tilting, seasons shifting. Where once was severe winter snow, cold and ice is now a moderate winter. Iceskating is something the next generation will not grow up with.
On the other side of Europe, where normally one goes to have a warmer winter if one is not so pleased with the cold they are now reaching temperatures of -35 celsius.
But then when there is a bit of frost upon us, one rather ignores it. Stay indoors with a cup of warm beverage. A pity for the frost brings a whole lot of beauty into the world. The spikes on a leaf, the frozen waters, the mystic touch to window when ice forms beautiful shapes.

The crown of frost upon the flowers, the nature is resilient. Because it can resist the cold. It fights and the strongest will live. Survival of the fittest in its most natural way. But when the plants are Heracleum sphondylium, a sort that is often banned from its surroundings by humans who are afraid their offspring will not be able to resist it. The juices in contact with a little ones are simply not a good combination. For the older ones are not unaffected either.

But right when being despised, its beauty if often overlooked. And when the frost comes in and gives the Heracleum sphondylium its crown one should not be afraid not more. A layer of protection, a barrier between the juices and the unknower. There it stands, proud and straight, showing itself in an empty field. Not all could live in winter, the shine is not upon all, but Heracleum sphondylium is the Queen for a moment.

Until the sun comes up and ends it all.

For more Random Things I saw :